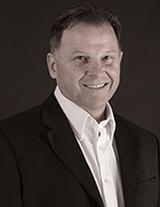 When it comes to finding the best plastic surgeons for you, the search can initially seem overwhelming. It's essential that you feel fully confident and comfortable in the skill and expertise of your plastic surgeon. Your level of comfort and trust in your surgeon is as important as his or her education and background.

Dr. Webb earned his medical degree from Indiana University School of Medicine in Indianapolis, Indiana. He completed his five-year general surgery residency at USAF Keesler Medical Center in Biloxi, Mississippi before serving as a military general surgeon for four years. During this time, Dr. Webb was stationed in Japan with temporary assignments to Korea and the Philippines. His exposure to patients in need of reconstructive plastic surgery stimulated his interest in the specialty.

Dr. Webb was Chief of Plastic Surgery at USAF Keesler Medical Center for 10 years. While at Keesler, a tertiary referral center, Dr. Webb gained experience performing a broad range of cosmetic and reconstructive procedures. During more than 12 humanitarian missions to Central and South America, Dr. Webb and his team performed reconstructive surgery for children with cleft lips and palates, surgery of the hand and reconstruction for patients with burns and wounds. After the attacks of 9/11/2001, Dr. Webb was asked to coordinate the deployment of Forward Surgical Teams, who provide direct medical support for the President of the United States during overseas journeys to Asia, Australia, and Vietnam.

Dr. Webb was later chosen and volunteered to lead surgical support teams attached to Special Operations Forces deploying to undisclosed locations forward of the frontline, during Operation Enduring Freedom.  For his service, Dr. Webb was awarded the Joint Meritorious Service Medal in 2002.  A year later, while in northern Iraq,  Dr Webb was awarded the Bronze Star for the life-saving support his team brought to injured soldiers in isolated forward locations.

Dr. Webb subsequently held the position of Assistant Professor of Surgery at the University of South Alabama, before entering private practice at New Horizons Plastic Surgery in Foley, Alabama in 2007.  Dr. Webb boasts over 28 years of surgical experience, during which he has performed over 4500 surgical procedures. He maintained General Surgery Board Certification for 20 years, and is currently Board Certified in Plastic and Reconstructive Surgery.  He has repeatedly held certificates of qualification for Advanced Trauma Life Support, Advanced Cardiac Life Support and Pediatric Advanced Life Support.

Dr. Webb is married and the proud father of four children.
​